Whats Next Is a new meme held by Icey Books every thursday and its all about getting your followers choose the next book you read. first of all you pick 3-5 books you want to read and post the cover if you want the synopsis or the first line of the books and at the end of every post you ask your readers what you should read. simple.
so this is my first go and i'm going to have a crack.

The Temptation of Angels By Michelle Zink


Even angels make mistakes in this page-turning epic romance

When her parents are murdered before her eyes, sixteen-year-old Helen Cartwright finds herself launched into an underground London where a mysterious organization called the Dictata controls the balance of good and evil. Helen learns that she is one of three remaining angelic descendants charged with protecting the world's past, present, and future. Unbeknownst to her, she has been trained her whole life to accept this responsibility. Now, as she finds herself torn between the angelic brothers protecting her and the devastatingly handsome childhood friend who wants to destroy her, she must prepare to be brave, to be hunted, and above all to be strong, because temptation will be hard to resist, even for an angel.

A Game of Thrones By George R.R Martin
Long ago, in a time forgotten, a preternatural event threw the seasons out of balance. In a land where summers can last decades and winters a lifetime, trouble is brewing. The cold is returning, and in the frozen wastes to the north of Winterfell, sinister and supernatural forces are massing beyond the kingdom's protective Wall. At the center of the conflict lie the Starks of Winterfell, a family as harsh and unyielding as the land they were born to. Sweeping from a land of brutal cold to a distant summertime kingdom of epicurean plenty, here is a tale of lords and ladies, soldiers and sorcerers, assassins and bastards, who come together in a time of grim omens.
Here an enigmatic band of warriors bear swords of no human metal; a tribe of fierce wildlings carry men off into madness; a cruel young dragon prince barters his sister to win back his throne; and a determined woman undertakes the most treacherous of journeys. Amid plots and counterplots, tragedy and betrayal, victory and terror, the fate of the Starks, their allies, and their enemies hangs perilously in the balance, as each endeavors to win that deadliest of conflicts: the game of thrones. 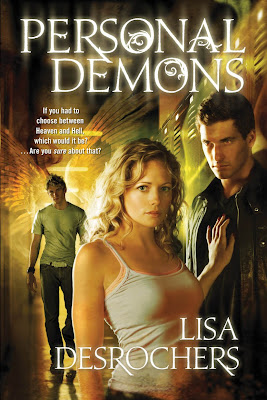 Personal Demons By Lisa DeRochers
Frannie Cavanaugh is a good Catholic girl with a bit of a wicked streak. She has spent years keeping everyone at a distance---even her closest friends---and it seems as if her senior year is going to be more of the same . . . until Luc Cain enrolls in her class. No one knows where he came from, but Frannie can’t seem to stay away from him.

What she doesn’t know is that Luc is on a mission. He’s been sent from Hell itself to claim Frannie’s soul. It should be easy---all he has to do is get her to sin, and Luc is as tempting as they come. Frannie doesn’t stand a chance. But he has to work fast, because if the infernals are after her, the celestials can’t be far behind. And sure enough, it’s not long before the angel Gabriel shows up, willing to do anything to keep Luc from getting what he came for. It isn’t long before they find themselves fighting for more than just Frannie’s soul.

Perception By Kim Harrington
When you can see things others can't, what do you do when someone's watching you?

Everybody knows about Clarity "Clare" Fern. She's the psychic girl in school, the one who can place her hands on something and see hidden visions from the past.

Only Clare would rather not be a celebrity. She prefers hanging back, observing. Her gift is not a game to her.

But then someone starts playing with her head . . . and heart. Messages and gifts from a secret admirer crop up everywhere Clare turns. Could they be from Gabriel, the gorgeous boy who gets Clare's pulse racing? Or from Justin, Clare's hopeful ex-boyfriend who'd do anything to win her back?

One thing is certain. Clare needs to solve this mystery, and soon. Because the messages are becoming sinister, and a girl in town has suddenly disappeared. 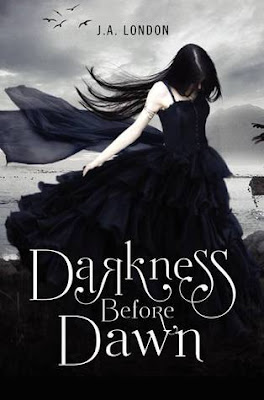 Darkness Before Dawn By J.A. London
Only sunlight can save us.

We built the wall to keep them out, to keep us safe. But it also makes us prisoners, trapped in what's left of our ravaged city, fearing nightfall.

After the death of my parents, it's up to me--as the newest delegate for humanity--to bargain with our vampire overlord. I thought I was ready. I thought I knew everything there was to know about the monsters. Then again, nothing could have prepared me for Lord Valentine . . . or his son. Maybe not all vampires are killers. Maybe it's safe to let one in.

Only one thing is certain: Even the wall is not enough. A war is coming and we cannot hide forever.

So Which One??? Please Help!

*all descriptions are supplied by goodreads *