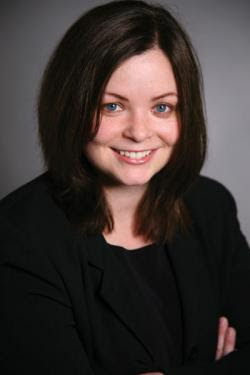 okay so i am horrible at keeping up with stuff but i did manage to get the over email interview with SJ Kincaid star author of insignia. she is absolutely amazing and here are the things i asked and she answered

1. Where does your inspiration come from?
I'm very invested in the characters, so I suppose the inspiration comes from trying to capture on paper what exists in my head.

3. what future do you hope for with your books?
I think the best thing I could hope for is that the people who read the books, enjoy them enough to reread somewhere down the road.

4. a lot of writers write in either a shared POV between male and female or just a female POV what made you want to write Insignia in a Male POV?
I wrote five manuscripts from a female POV and none of them got published. I started writing another from a girl's POV and just felt a wave of irritation. I need a change, so that's why books six and then seven were boys-- and seven was INSIGNIA and the first to get published.

6. Most authors have a favourite character fro their stories do you and if so who?
Probably Vik, just because adding him to a scene pretty much adds the fun, for me as a writer and hopefully for other people as readers.

7. How did you know to end Insignia and why did you end it there?
There were a few key conflicts in the story that I needed to resolve, and I knew the ending had to involve a big showdown between Tom and Medusa. Since that both resolved 1) Tom's treason storyline, and 2) Tom's dilemma between being someone vs. being true to himself, I'd ended the conflicts driving the plot. That meant it was ending time.

8. Were there any big ideas that you started to write into insignia but eventually didnt make it into the book?
There was originally this idea in my head about the internet gaining some sort of conscious awareness... Still not sure where I was going with that.

9.What can we expect in your new novel vortex?
Tom and his friends face some repercussions for choices made in INSIGNIA, and Tom himself faces another great moral quandary that could make his career, or destroy him.

10. as an author who is your idol?
I just finished rereading GONE WITH THE WIND, so I'll say Margaret Mitchell. She broke her leg, and while bed bound, wrote this absolutely incredible story. That's amazing to me.

so what did you think pretty cool right!! authors are absolutely amazing writers and i cant wait to speak with more of them!!

Hugs and Wishes
Candi
Posted by Unknown at 17:14